Excellent writing, with humorous dialogue and character thoughts that had me chuckling in several places. Excellent suspense, with a serial killer plot and catching the "bad guys. A scorcher! Julian Salvatore's character was introduced in the first book of this series. He came off as a jerk, but this tale had him growing and what a guy he turned out to be. Half Fantastic!

Half Italian, half Hispanic, he was one smooth talking ladies man. A stud-muffin! But his heart belonged to one lady She played the powerful attorney well because she did it with style and finesse without coming off as too strong. It was her character that had the most growing to do and she did it with the help and understanding of a sexy firefighter, Julian. Looks like "little" Tommy and Sean the captain got set up for future books and I can't wait! Thought the team handled the intervention well, and I was relieved that the actual intervention was condensed to a few pages.

The who-done-it surprised me. Another favorite from This Reader. View 2 comments. Jun 02, Nikki rated it liked it Shelves: contemporary , romantic-suspense , own-ebook , 3-and-a-half-stars. I loved learning more about Julian but couldn't find it in me to connect with Grace on an emotional level. I liked the fact that she was smart, sensible and quite amusing at times, but wow she was so much frigging hard work. I also couldn't see any familial similarity between her and Kat because she is a deadset cold bitch. The storyline was also kind of depressing but yeah, I'm more than happy to suffer the little low points when there's hot firefighting action to enjoy.

The third book in this series was as good as the first book. Again, great characters, although I thought Grace took too long to acknowledge her feelings for Julian.

View all 11 comments. Once she realizes she might miss the best opportunity of her life, all bets are off. Another Julian-Grace couple.

But unlike the hero and heroine of Fantasy Lover that made me starry eyed, this couple sadly failed in that endeavor. Oh, no. The guy was absolutely perfect. I knew his book would be a beauty, and at least in part I was right. He did everything right, said everything right, pushed just right, relented just right, changed just right, kept just the right traits, and the fact he stopped his womanizing ways way before hooking up with Grace, and dragged his feet about giving up on her for good even when she barely acknowledged his existence was so uber-sweet I almost bawled.

Because of the heroine, of course. At first I completely understood her reservations about setting herself up for heart-break with Julian. She grew up in a loving family, so there was absolutely no emotional baggage involved, yet she was skittish to a point of panic whenever Julian moved too close. Make up your mind already! And this was also the book in which Ms.

Davis finally succeeded in mixing suspense and romance in pretty much equal amounts. The only problem with the suspense subplot were a few holes here and there. I missed the explanations for the big moves and for the gruesome method of disposal the baddies used. Shelves: romance , read-in , read-in One thing I love about this series is that although the heroes are firefighters, the plots do not revolve around firefighting exploits.

In this book, the third in the series, we have an excellent mystery with some suspense elements present, including believable and realistic threats against the well-being of both protagonists. I hope the police detective gets his own story line one day, I like him better and better each time he appears. The lovers got to know each other better in spite of the One thing I love about this series is that although the heroes are firefighters, the plots do not revolve around firefighting exploits.

The lovers got to know each other better in spite of the threats, rather than because of them. There were some amateur sleuthing exploits, some really good love scenes, and a chief villian I did not guess until the denouement. One does not need to read the series in order, and this would make a good stand-alone story, but the characters' feelings for each other began earlier in the series and reading the books in order would enhance the experience of reading this story. I would read this again. I enjoyed this one SO much. Another one of those it's impossible to put aside.

I think making it darker with abuse wouldn't have added anything good to the story. It was there all the time, it was frightening which is part of what made this one so engaging. Since this is the third installment we got enough of them to get the gist of who they are - He the eternal gigolo and she the ice queen.

Julian doesn't get close to people. It's never really explained why, I think he was disappointed with his family so long ago he didn't know how to open up to people and give them his trust. So while his firefighter team appreciate his skills he isn't really liked.. Howard always wanted to see more to him so he was the one giving him most of the chance and also when he saw how much he is into Grace - Kat's sister as well as Howard's wife - he simply accepted it, not worrying he'll hurt her money placed on the other way around.. He keeps trying to get to her, to make her date him but nothing..

But even with his feelings for her, he doesn't want to push her, he is willing to accept the parts that she is willing to give him, even though it breaks his heart. I could really relate to Grace. In a way I AM her. I mean, I"m no successful lawyer ; but I AM someone finding it hard to commit and to lower my guards to let a man in. I could SO understand her struggle with herself. She didn't really want to fall in love with him even when it was kinda obvious to her she is already or almost there. Yet she is still a loving and caring person in general and she does value the friendship she built with Julian it's just the next step is freaking her out.

So while most people would look at the two of them and say Julian is the one who needs to grow up, it's the other way around. Julian was having fun and do stupid things as long as nothing of value was in front of him, but as soon as he realized he wants Grace, everyone else around him disappeared and it was all HER. Another endearing quality right there! The mystery starts when Grace and Julian meet with a client of hers which shocks Julian to his bones. His tormentor from his past, a past that he has buried years and years ago.

Julian doesn't know how to warn Grace from this man without telling her the truth.. Unlike the previous ones we got a glimpse into the killer's head in this one beside the MC POVs it was even more chilling getting the POV of one of the victims, same one Julian saw leave with a man looking a bit "off" as though he was drugged yet not being fast enough to stop the guy taking a ride to his doom. I really enjoyed this one. It was strong on the suspense, creepy and scary as hell, yet it was also sweet with Julian and Grace building their relationship with one another and yeah also hot with our half Latino half Italian lover boy ; It was fun getting a bit of the two couples from the previous installment as well as a few snippets and hints into what's to come in the next ones.

It was nice finally seeing his good side up until now he was a total jackass! I really can't wait to get his story! I've heard there's a spin off to this series with cops, I have a feeling it's going to be of Shane and Julian's brother. I really want to have my hand over them!

This is a bit more soulful than the previous two in the series, although the thriller plot had a nice twist at the end, apart from one little bit that's just plan daft. Julian makes a great hero. Physically-gorgeous firefighter-stud material who has a past as a bit of a man-whore, but with emotional honesty.

Good book though. Can't wait to see what happens with Tommy and Sean. 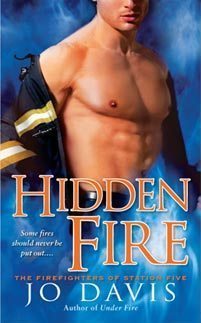 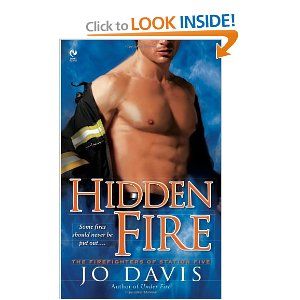 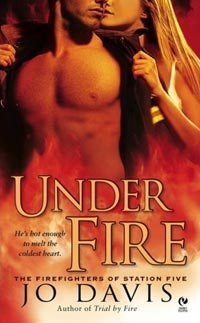 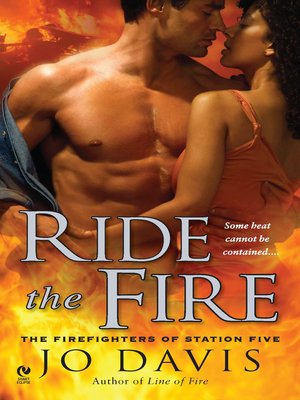 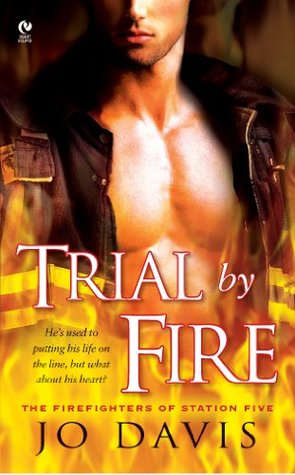 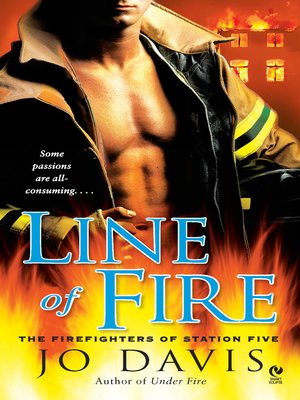